Nobody Saves the World

When the ancient Calamity re-awakens, who can save the world? Nobody! (That’s you, you’re Nobody.) Master the art of transformation to become a Slug, Ghost, Dragon, and more in this new take on Action RPGs from the creators of Guacamelee!

Complete quests to discover and swap between 15+ varied and distinct Forms. Mix and match abilities in unexpected ways to unlock and complete even MORE challenging quests. Explore a vast overworld - on your own or with a friend online - while clearing shape-shifting dungeons in an effort to stop The Calamity and SAVE THE WORLD!

Features
Transform into MANY FORMS: Unlock 15+ distinct Forms, from Rat to Rogue to Robot, each with its own unique gameplay mechanics.

Unconventional QUESTS: Help the strange inhabitants of this world deal with their troubles. Each Form also has its own set of quests, which you can complete in creative ways.

Evolving Dungeons: As you become stronger, procedurally generated dungeons increase in difficulty and complexity to keep you on your toes.

Local & Online Co-op: Invite a friend to play through all, or part, of your adventure together!

New Game+: Put your Forms and abilities to the test against leveled-up enemies and dungeons with remixed difficulty modifiers. 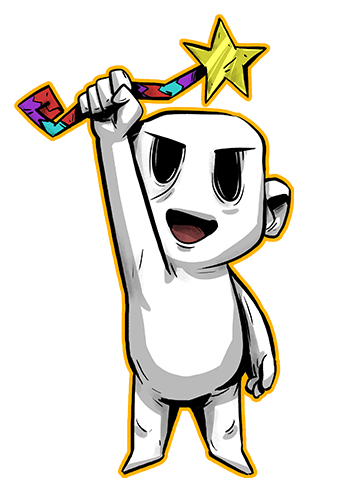