• Mercenaries Saga 3: Gray Wolves of War features Marion, the commander of the Gray Wolves mercenaries. He works with the Kingdom's forces to deal with the uprising of the Liberation Army.

Mercenaries Wings: The False Phoenix features Jeremy, the commander of the Crimson Phoenix. He is hired by the demon King Harold to fight against a rebellion army. Each dangerous mission leads to war, betrayal, magical lore, and perhaps redemption for a nation!

Mercenaries Blaze: Dawn of the Twin Dragons features Lester, commander of the Twin Dragon mercenaries. Initially, he was hired by the evil monarchical state of Euros to capture Westa immigrants, however through the course of political warfare events, he protects and aids the people of Westa.

Features
• 100+ campaign chapters, in which your decisions lead to different routes and endings
• Numerous Free Battles allow you to power-up characters while offering extra challenges
• Multiple difficulty settings are available – clearing the game once increases the challenge further!
• Maps with variable terrains that are decisive in battle – take advantage of your starting position to assist teammates and strike enemies in the back
• Buy and sell items, and then synthesize them into more powerful gear
• Change classes to acquire high-class skills and use SP to master them

Bonus Features
• Mercenaries Wings features character illustrations by Kazama Raita and Mercenaries Blaze features character designs by Masayoshi Nishimura!
• Mercenaries Wings and Mercenaries Blaze - Set Leaders to change the flow of battle, level up your units, change classes, manage equipment and make the key choices that will be the defining moments between victory and defeat!
• Mercenaries Blaze - 3D Battle Maps
For the first time in the series, the battle map is in 3D. You can switch your camera viewpoint to each unit and swivel the camera around to view your surroundings – you may even find hidden treasure while using this function!
• Mercenaries Blaze - special skill: Blaze Exceed
By filling the gauge at the top corner of the screen, characters will be able to unleash a powerful skill called “Blaze exceed”. This skill is unique to each character – it could be a high damage blow or a life-saving party heal strong enough to change the tide of battle. 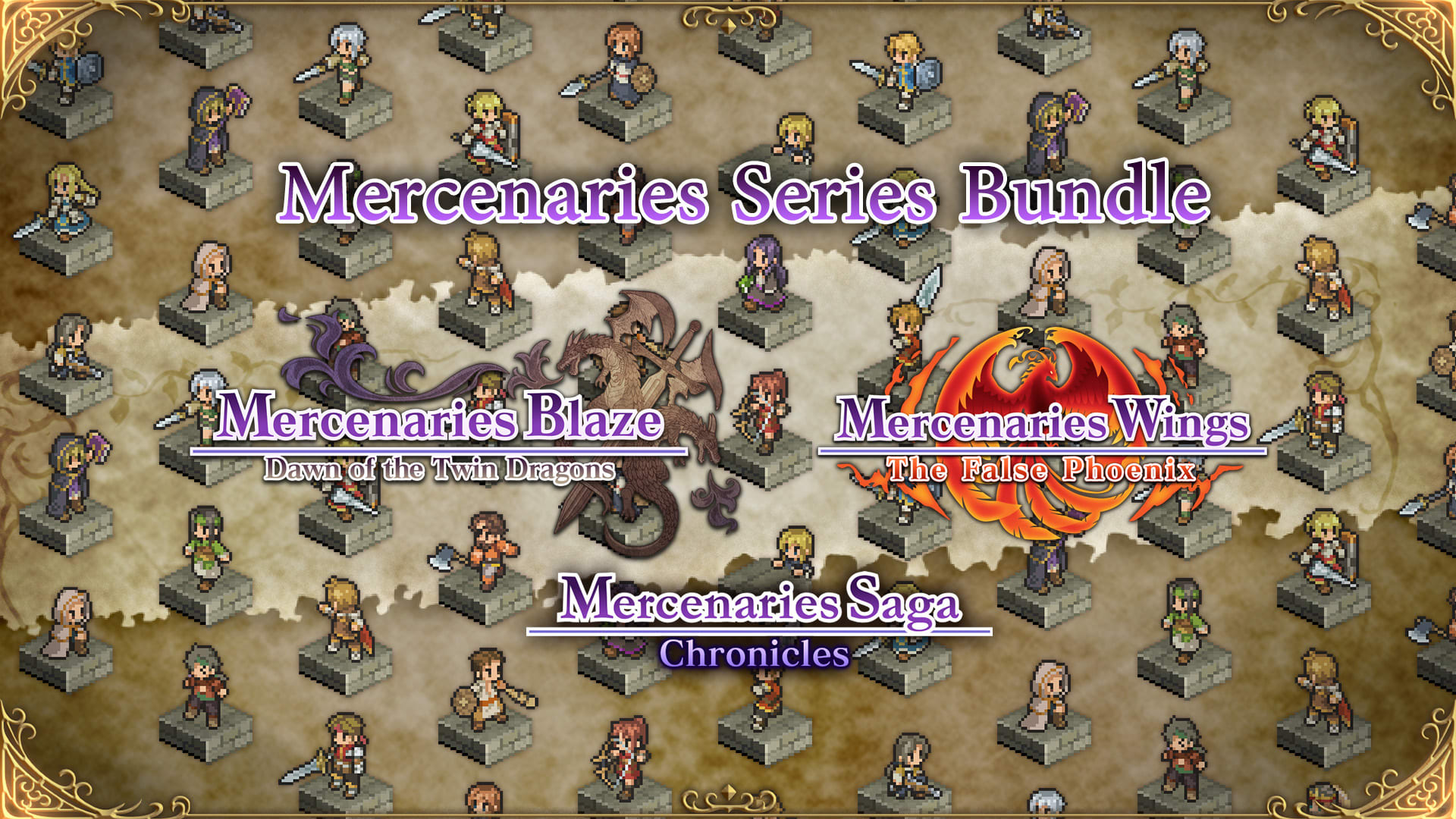