Logic Puzzle Collection is a puzzle game that offers three distinct styles of logic puzzles. In the Sudoku mode, the player is tasked to fill out a 9 x 9 field with numbers from 1 to 9, such that each row, each column and each 3 x 3 sub-field contains exactly one occurance of each of the numbers 1 to 9.

Permudoku is a variation of the classic Sudoku puzzle, where instead of numbers, colours have to be placed on a 9 x 9 in such a way that each colour appears exactly once in each column, row and 3 x 3 sub-field. However, from the beginning, all fields are already coloured, the player's task is to swap fields around until the colours are distributed correctly. Both game modes include five different degrees of difficulty with 100 puzzles each, for a total of 1000 puzzles.

Finally, In Nonodoku, it is the aim of the player to produce a pixel image using the number hints. The player is presented with a grid of white boxes. Numbers on the side and atop indicate how many boxes need to be coloured black in a row. Each number signifies one continuous line of black boxes, between the black boxes for two successive numbers, at least one space must remain white. 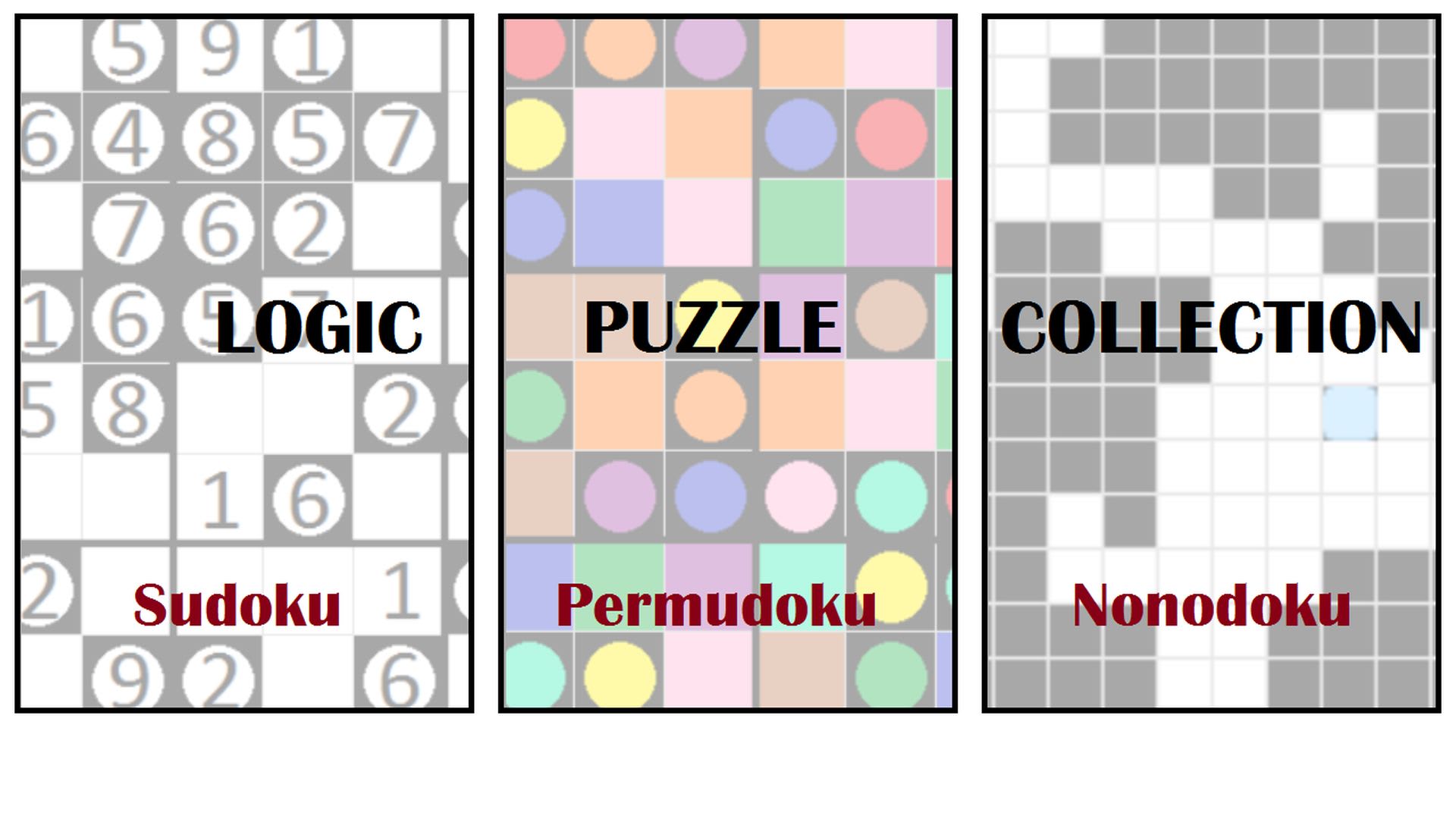 100% off if you have downloaded the following Nintendo Switch™ game from Nintendo eShop: