Two waves of downloadable content are coming in the Hyrule Warriors: Age of Calamity Expansion Pass DLC. Newly added characters, stages, and more are all on their way! Purchase this expansion pass to get both waves of DLC as they are released. As a purchase bonus, you’ll also get a new weapon, the Prototype Ancient Sword, and Prototype Ancient equipment for Link to wear.

The Hyrule Warriors: Age of Calamity Expansion Pass kicks off in June with an expanded roster, newly added weapon types, and challenging enemies. Stop by the Royal Ancient Tech Lab to test yourself with new challenges to unlock weapons and new helpful features! Then, dominate the battlefield as the new playable Battle-Tested Guardian or try out the added weapon types—the Flail for Link and Master Cycle for Zelda. These new combat styles will come in handy in the new Apocalyptic difficulty and against added enemies like the bomb-throwing Moblin and a Giant Chuchu.

In October, the second wave of Hyrule Warriors: Age of Calamity Expansion Pass content arrives with a newly playable character duo, additional stages, and emotional new story sequences. Defend Hyrule as the quirky duo character, Purah & Robbie, and their array of ancient technology. See how places like the Coliseum and Kakariko Village looked 100 years in the past in brand-new story stages. Learn more about the Champions and the mysterious Guardian in emotional new story sequences as the fight for Hyrule’s future continues! 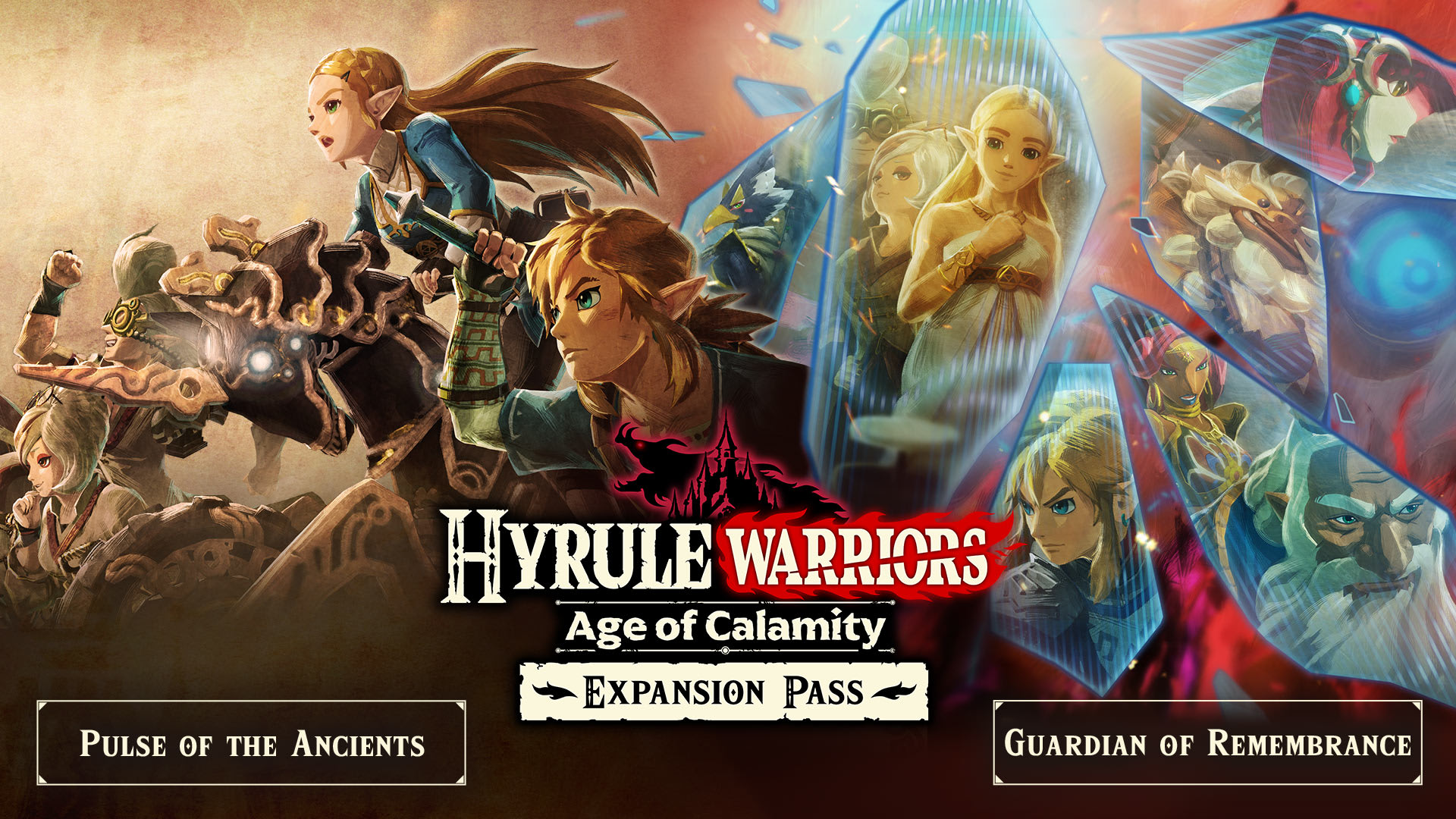