Hostess ILI from Dream Club, Giving the EDF a Try!?

This hostess was chosen to join the fight from "Dream Club," a club for adults that can only be joined by those with a pure heart. ILI, an autonomous android who for some reason works at Dream Club, apparently wants to prove her true potential by saving the Earth. Despite being an android, performance-wise she is comparable to a human. With her innocent heart (AI?), she would never shoot beams from her eyes, or do anything of that sort. But hoping to find batteries, she was coaxed into joining the EDF and modded into a tool of destruction: for her Ability she can float in midair, and for her SP Move she causes javelins to rain from the sky. Although she really only needs manganese batteries to function, for her weapon she's been equipped with a massive automatic shotgun paired with a reflector shield. Now, THIS is pure power. 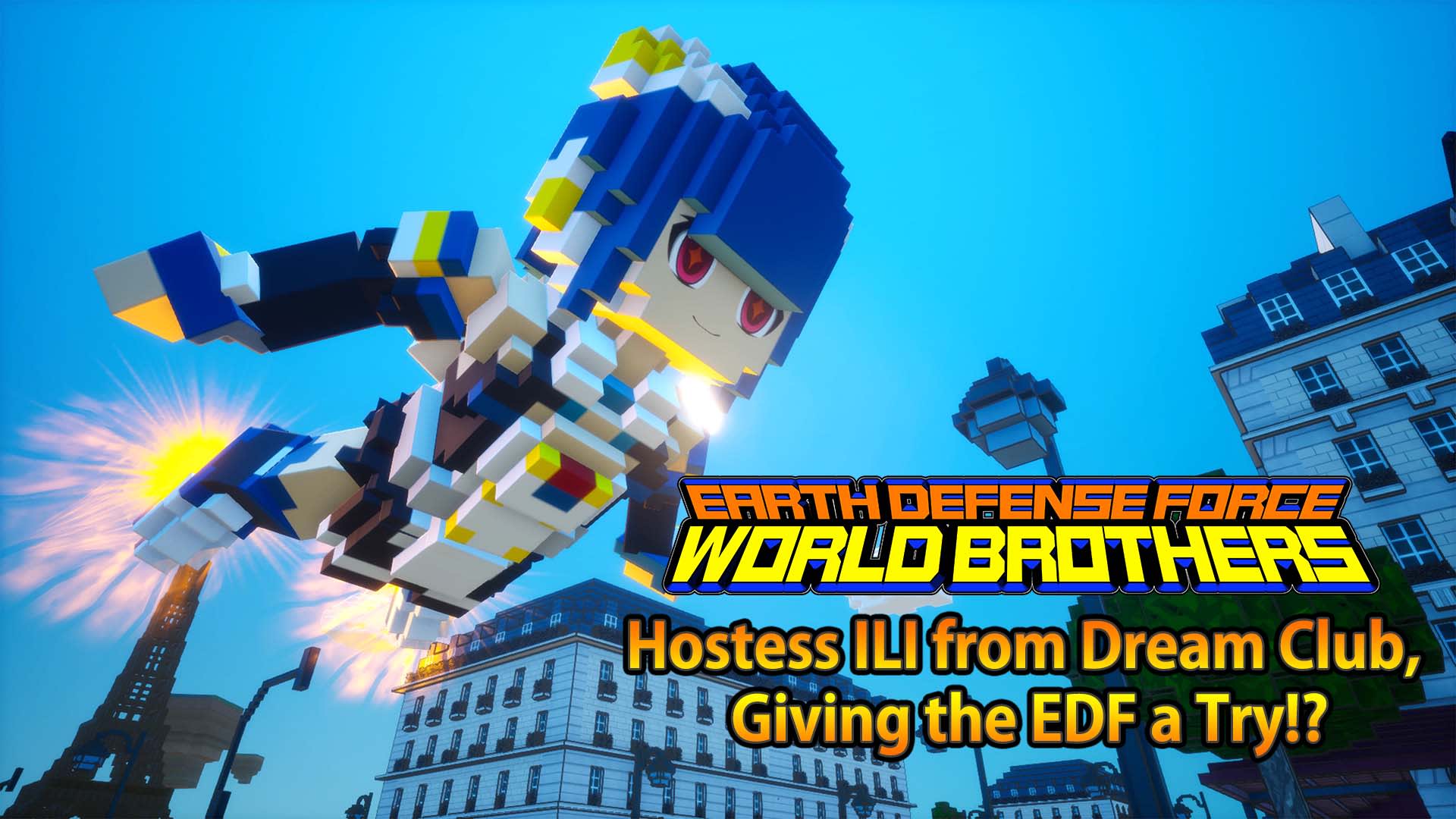