FLY PUNCH BOOM! is everything you've seen in your favorite anime fights.

Smash your friends so hard whole planets break in half. Ram skyscrapers, whales and asteroids in their face, chase them and unleash over-the-top super moves. It's all about the joy of punching!
Ever got uppercutted with such gusto that you got kidnapped by aliens?
Wanna digest your enemy, then fart them out so hard everything explodes?
Wanna punch an Elvis lookalike bird until they shoot into the moon's butt?

FLY PUNCH BOOM! says YES to all this, and more. Way more.

Features:
- LOCAL and ONLINE Multiplayer, up to 4 PLAYERS local & 2 online
- ARCADE MODE, UNLOCKABLES and SECRETS for solo players
- DESTRUCTIBLE STAGES where everything is a trap, and everything is a weapon!
- ANIME SUPER FIGHTS with flying smashes, deformed faces and insane special moves
- 40 STAGE FATALITIES: get mauled by cats, break the planet in half, or explode in the moon's butt!
- High impact cartoon graphics that zoom from space to a character's face
- KICKASS ANIME SOUNDTRACK by Giorgiost 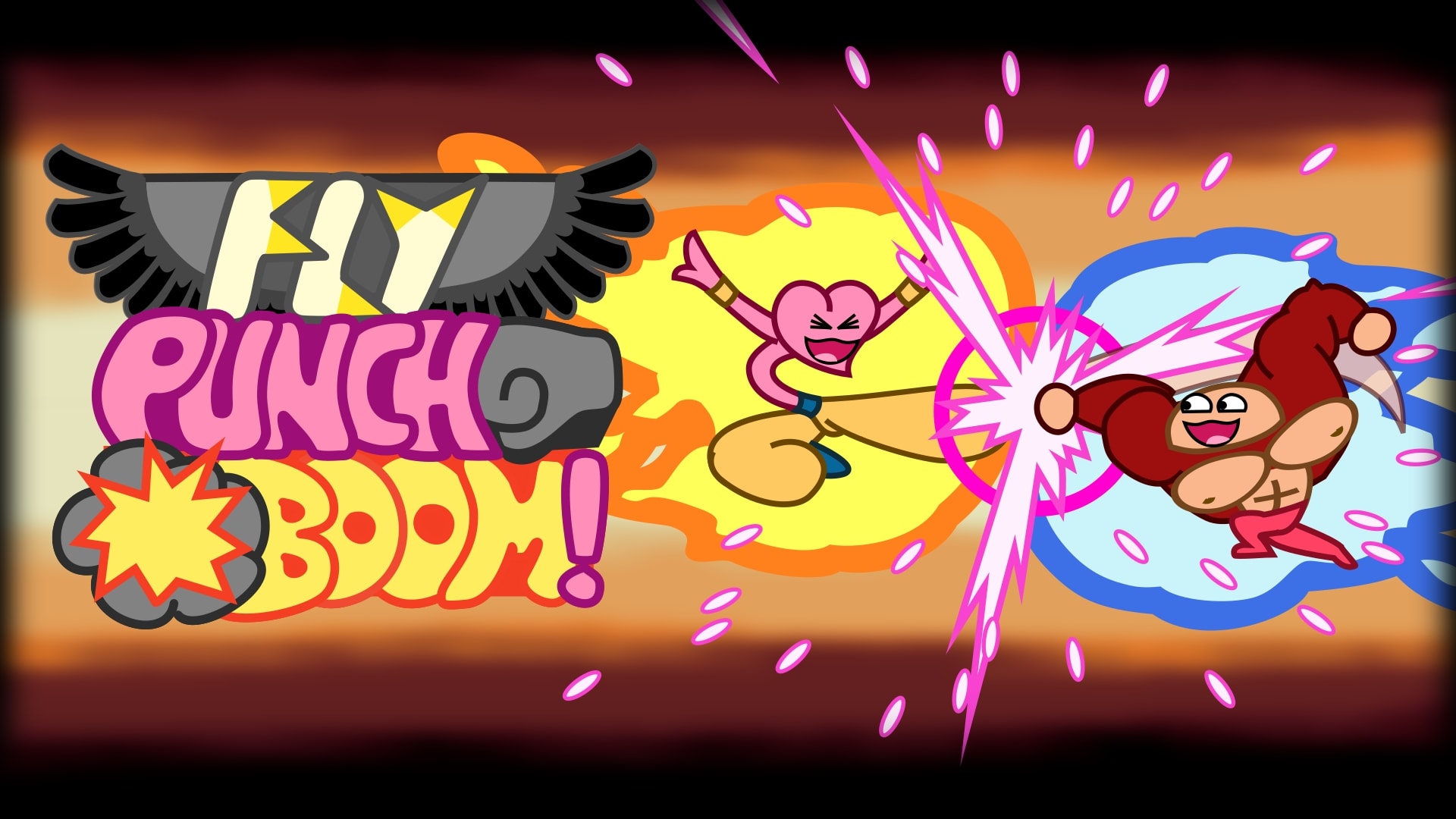