Fibbage is the lying, bluffing, fib-till-you-win multiplayer trivia party game from the makers of YOU DON’T KNOW JACK! Play with 2-8 players!

Fool your friends with your lies, avoid theirs, and find the (usually outrageous) truth. And get this: your phone or tablet is your controller!

Baby? Rabbit? Ham sandwich? It’s up to you!

Fool your opponents into thinking your bluff is true and you’ll rack up the points! But be careful, if you pick an opponent’s bluff, they’ll be doing a Fibbage fancy dance.

Hosted by YOU DON’T KNOW JACK’s very own, and very lonely, Cookie Masterson!

Key Features:
• Players use only their phone, tablet, or even laptop as a controller. No additional controllers needed.
• Play with up to 8 players in one room.
• Features custom, funny question content written and performed by the same team behind YOU DON’T KNOW JACK – including the host, Cookie Masterson.
• Hundreds of questions, including “Final Fibbage” questions.
• “Like” other player’s bluffs (even if you don’t fall for them) and at the end of the game, someone will be awarded the Thumbs Cup for the most clever answers. 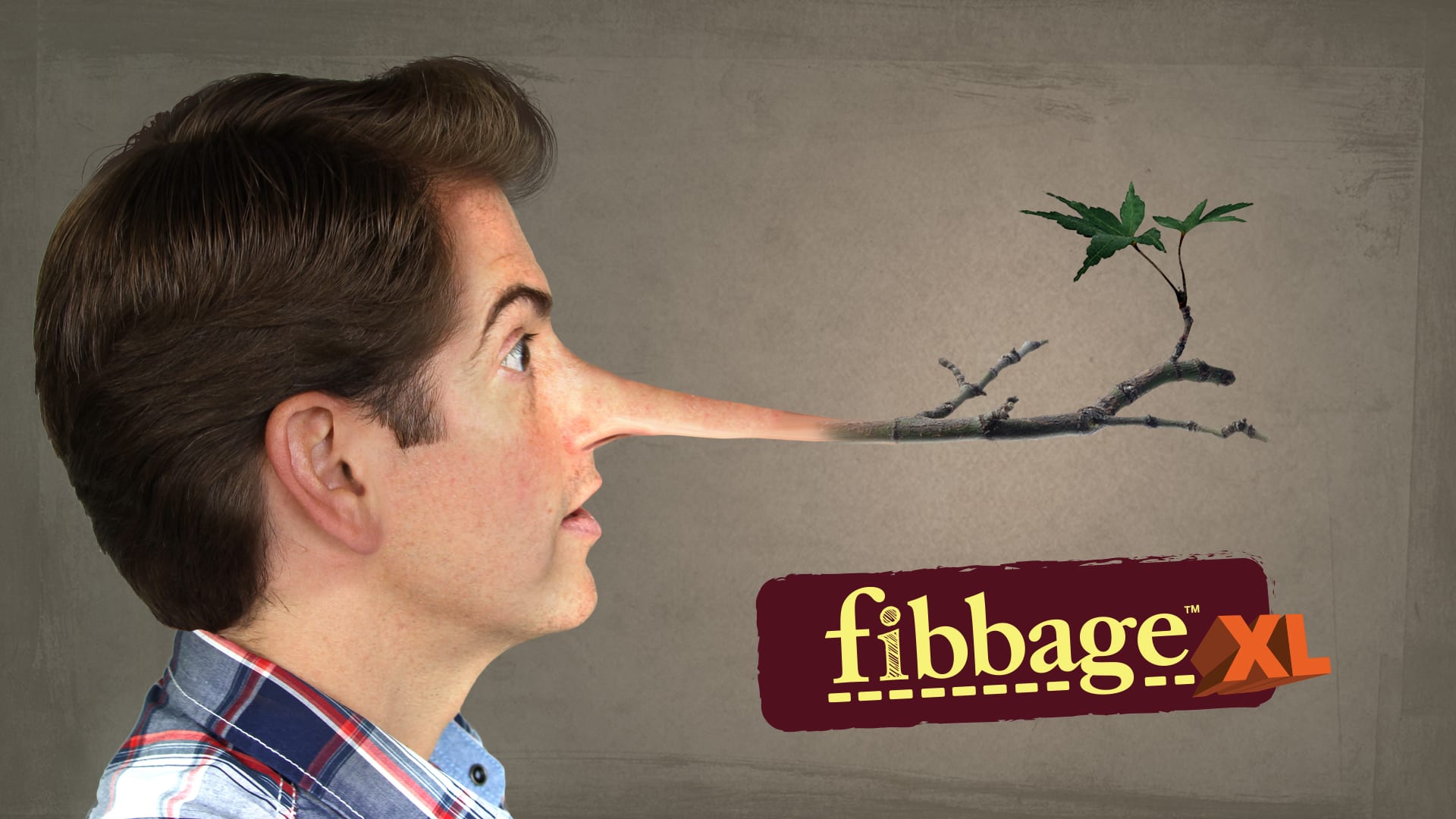