In a flooded future world, killer machines are plotting mankind's demise. As the sole defender of humanity's last government, only you can create the ultimate squad and save humanity in this turn based, tactical RPG with roguelike elements.

“Not everyone will love Depth of Extinction's open-ended campaign as much as I did but it's a top-notch SRPG no matter how you slice it.” - Video Chums

GAME FEATURES
- Explore a sunken world and build your own story
- Familiar tactical options with a few new twists including action refunds, stealth positioning and ambushes
- Create the ultimate squad from 10 different character classes including the brand new SABOTEUR
- Outfit your team with 115 different weapons, armor, and items
- Fight 30+ unique enemies from 5 factions
- Position your team and then get the kill with stealth
- Control the leader and the other characters will follow (and pick up loot) using an advanced AI 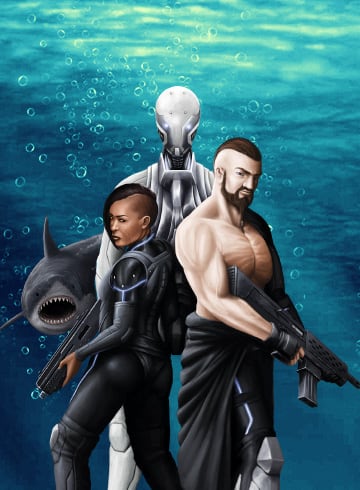