"THUNDER CROSS II" is a shooting game released by KONAMI in 1991.
Control Blue Thunder 2 and Red Thunder 2 and battle for the survival of the galaxy.
Upgrade your shots and increase your options to defeat the bosses.
Two player co-op is also available. 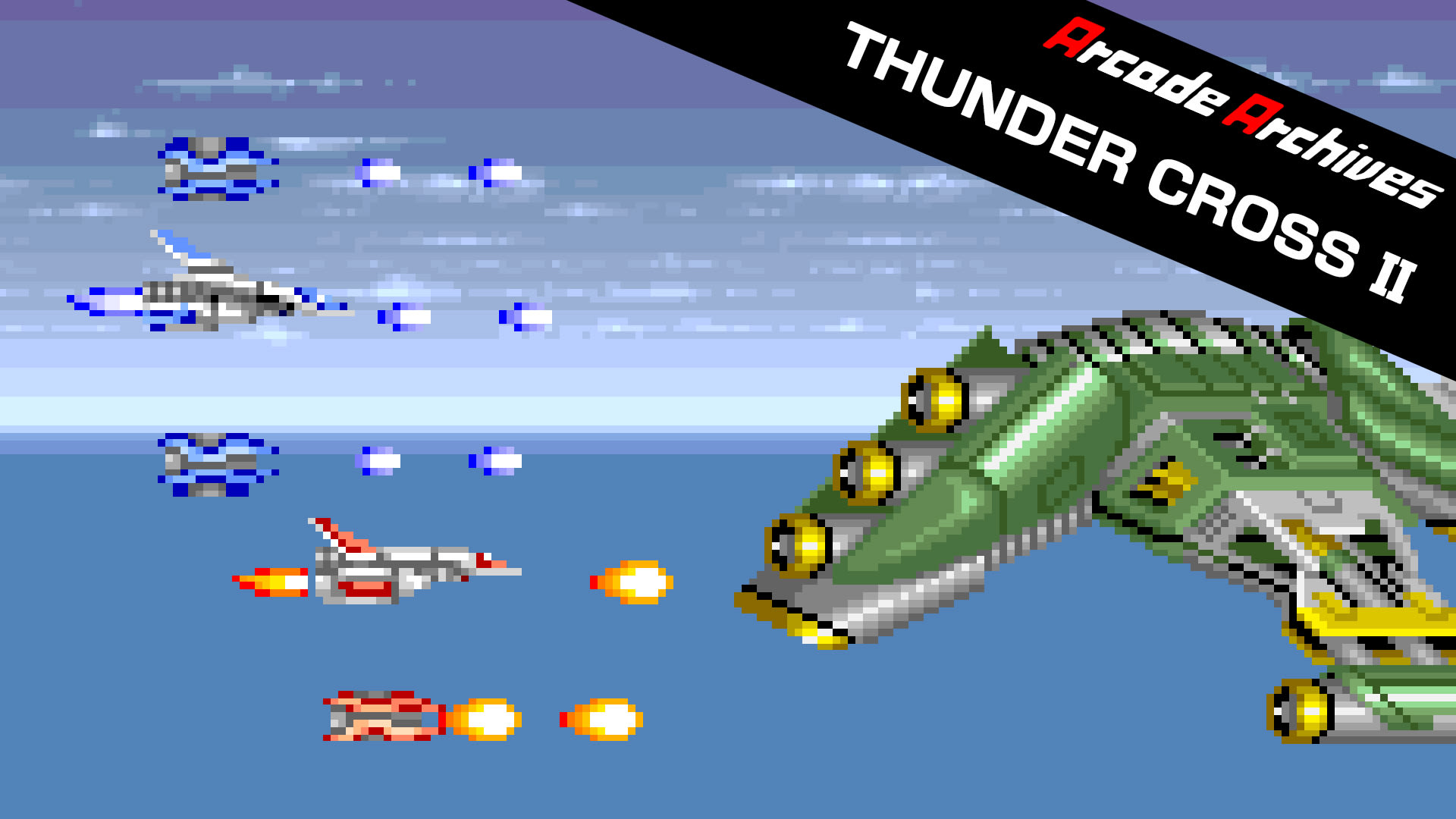