"SKY KID" is a shooter released by NAMCO in 1985.
Players control BARON and MAX to fight enemies with bombs and machine guns, fly in loops to dodge enemy attacks, and make their way to the base.
Use bombs to defeat massive fortresses and battleships from above! Supports two-player simultaneous co-op. 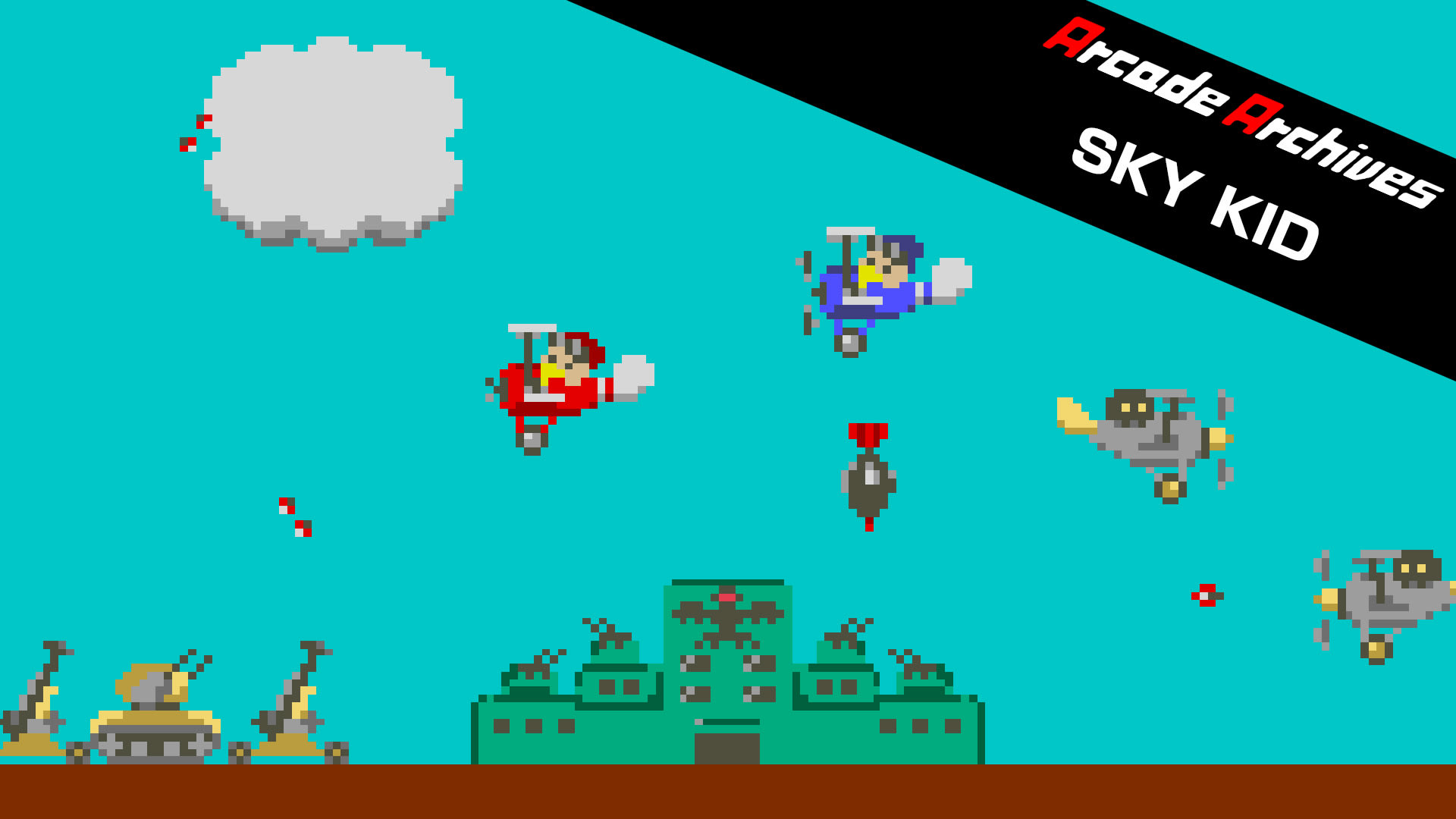