“SEA FIGHTER POSEIDON” is an action shooting game released by TAITO in 1984.
The player fights against enemy divers and enemy’s battleships to save his captured friends.
If the player's water scooter runs out of fuel, it will explode, so be sure to defeat enemy divers with torpedoes and steal it from them. 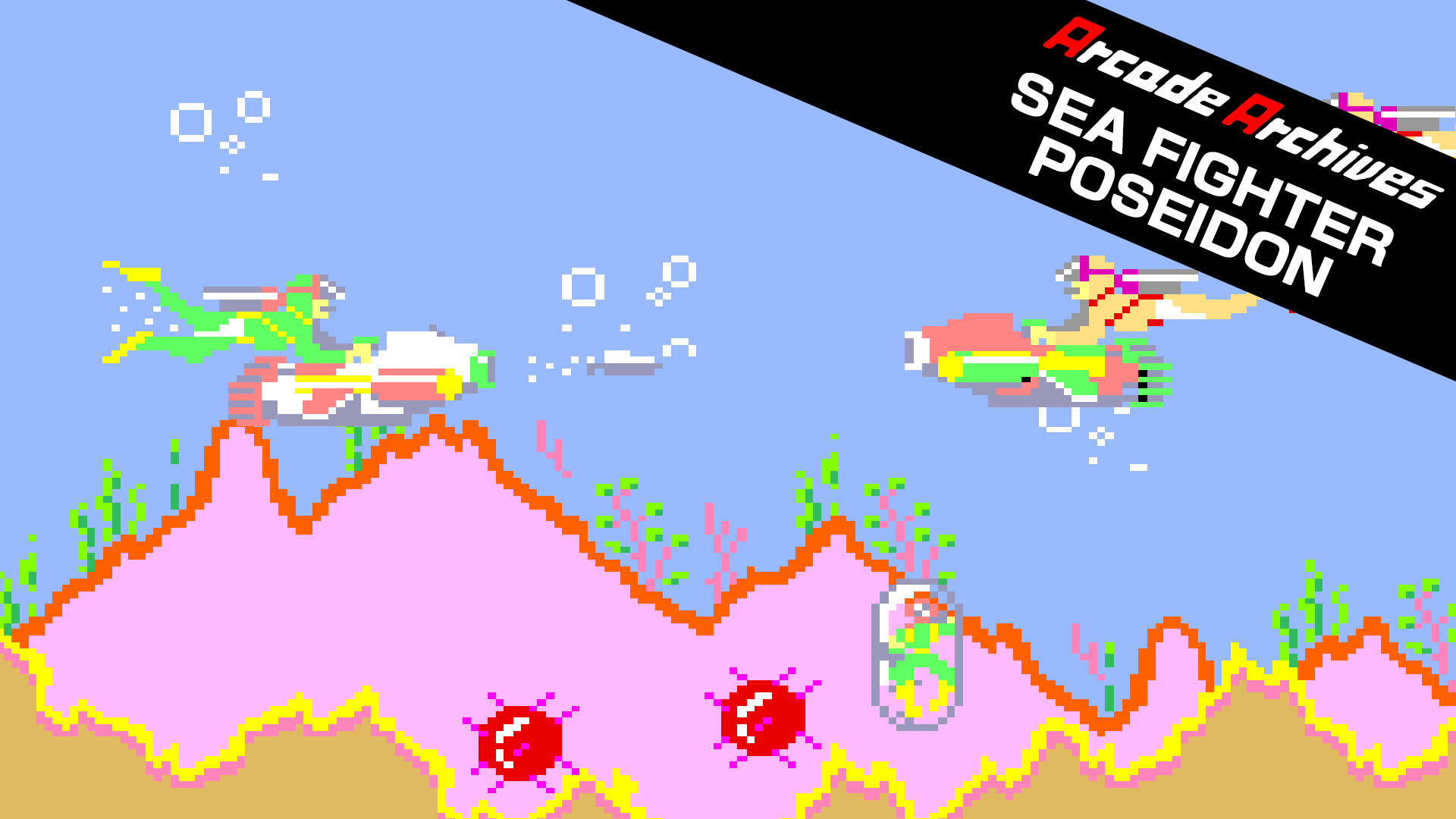